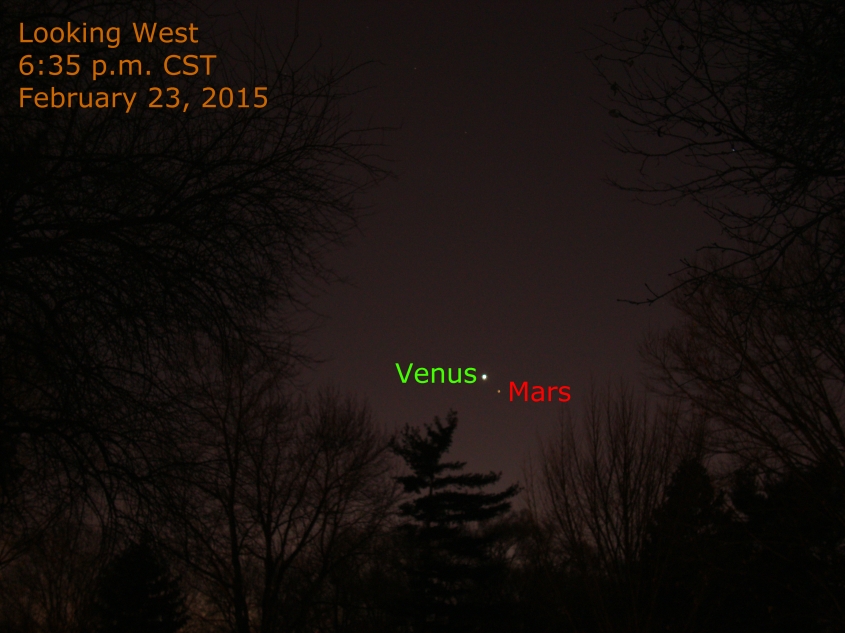 Brilliant Venus and Mars shine from the western sky this evening as seen from the Chicago area.  Venus is now past Mars and the pair is separated by less than 1 degree.

More posts about the planets:

Venus as an Evening Star 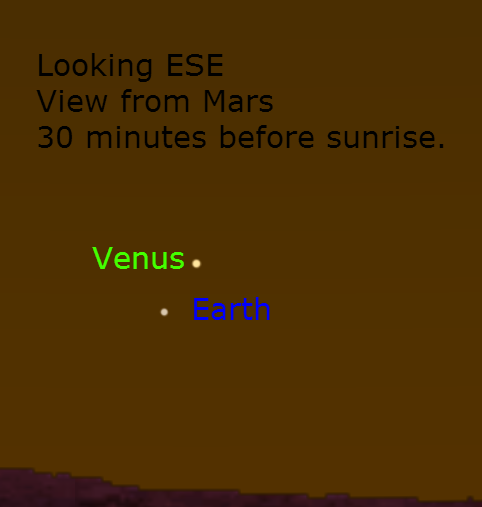 Interestingly, if we were on Mars, we’d see Earth and Venus together in the sky.  The diagram above, from the computer simulation software Starry Night, shows the view from Mars with Venus 1 degree to the upper right of our world in the east-southeastern sky just before sunrise.  From Mars, Venus appears about the same brightness as it does in our sky this evening. In this simulated view, Earth is about half as bright as Venus, yet Earth from Mars is about 30 times brighter than Mars appears from Earth.  The result is two brilliant planets shining in the sky from Mars.