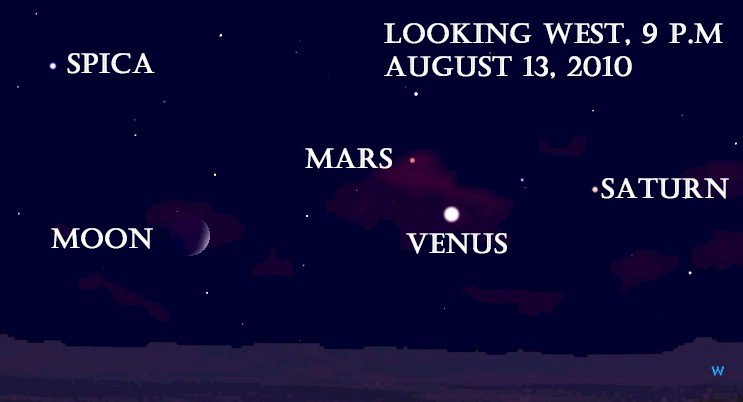 A summer grouping of bright planets is visible in the western sky during the early evening hours of August 2010.  Venus, Mars and Saturn have sparkled in the evening sky all summer, although separated in the sky.   In early August, they begin to cluster in the western sky.  On the evening of August 13, the moon joins the trio to form a spectacular grouping as shown in the diagram above.

Here’s what to look for:

Mars and Saturn will again group together in mid-August 2012 in the western evening sky.  In December 2015, the three planets will again appear close together, although they will be widely spaced in the morning sky.  Jupiter will also appear with the wide grouping.

These planetary groupings are not everyday occurrences, are worth noting, and interesting observing.  Keep looking up!