Brilliant Morning Star Venus, bright Jupiter, and the crescent moon shine from the southeast this morning.  Venus and Jupiter are about 16 degrees apart this morning.  The gap closes during the next three weeks as Venus passes the Giant Planet later this month.  The crescent moon (2% illuminated) appears nearly 15 degrees to the lower left of Jupiter.  Having a clear horizon or finding a gap in the terrestrial features is important to seeing some astronomical phenomena. 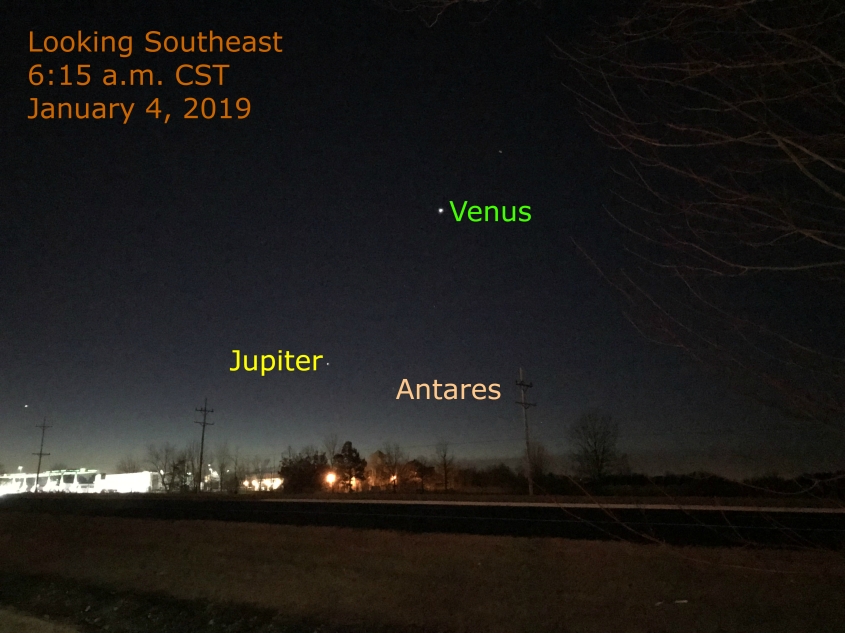 Just 20 minutes earlier, before the moon appeared above the horizon, Antares was barely visible near Jupiter.

More about Venus and Jupiter: